The A.C. Clement home is a 2 ½ story frame Neo-Classical style home built in 1901. The main facade has a large porch supported on grouped Ionic columns, with a protruding semi-circular section. The main facade also has a 2 story semi-circular bay on the east end. The house has a central single door entry with sidelights and a fan light transom. The steep end gable is decorated with a Palladian window.

The house has a Classical bracketed cornice around the top of the second story and up through the gable. The 2 story bay has a semi-circular porch on the second level. The carriage house is a simple end gable structure with Classical details which match the main structure. 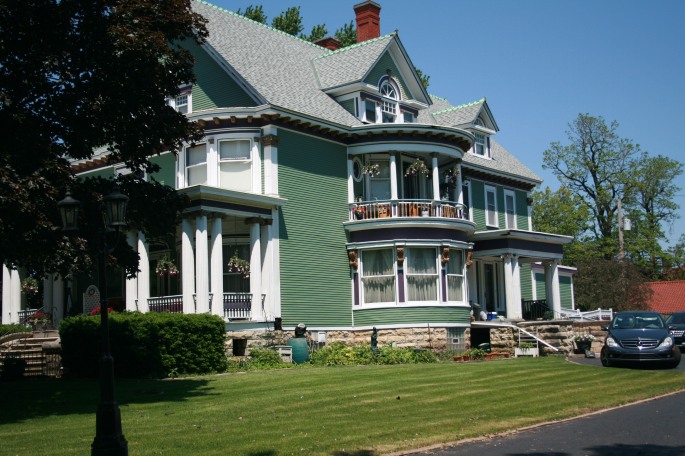 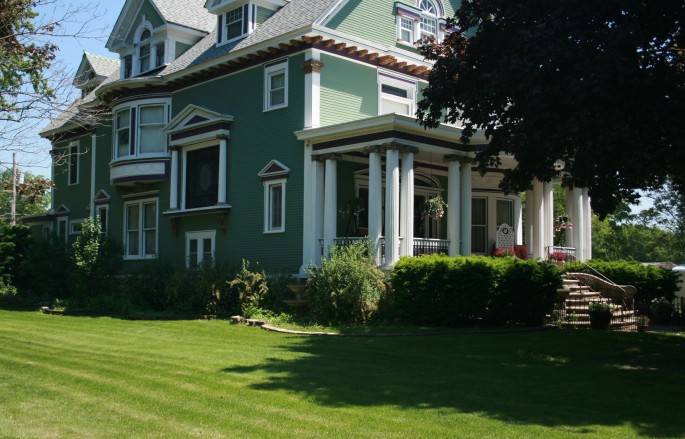 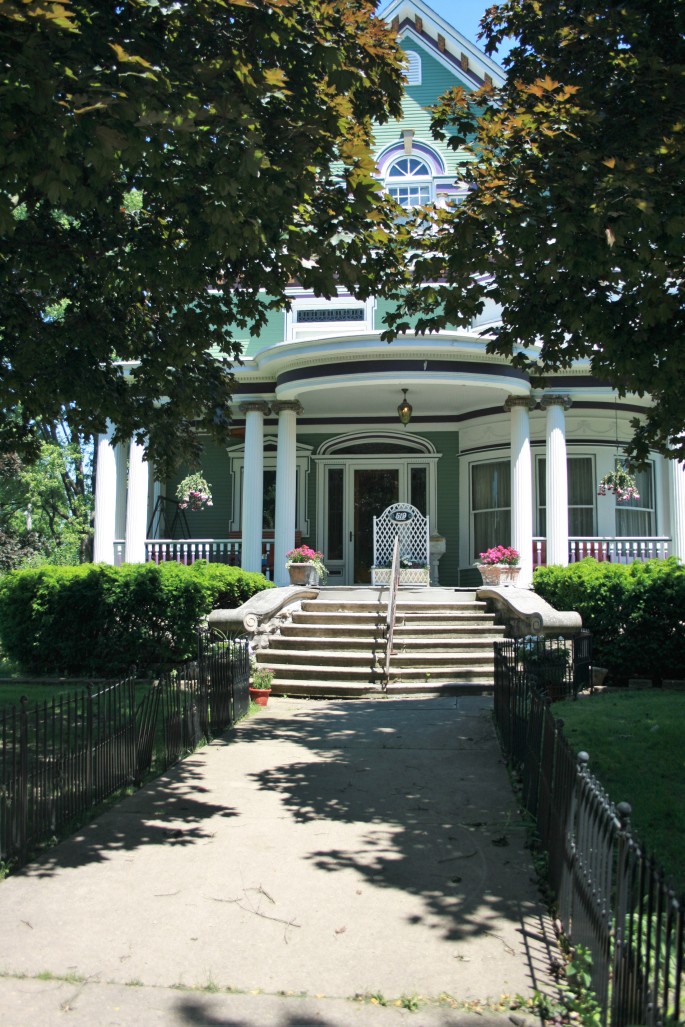 The M.L. Adler home is a 2 ½ story frame Neo-Classical style home built in 1898. It has a limestone foundation. The main façade is dominated by a large classical porch which extends across the façade and is supported by grouped Ionic columns.

A two story trapezoidal bay is on the end of the façade. A smaller Classical porch extends from the side of the house. The home has a hip roof and a central Prairie style dormer which was a later addition to the home. 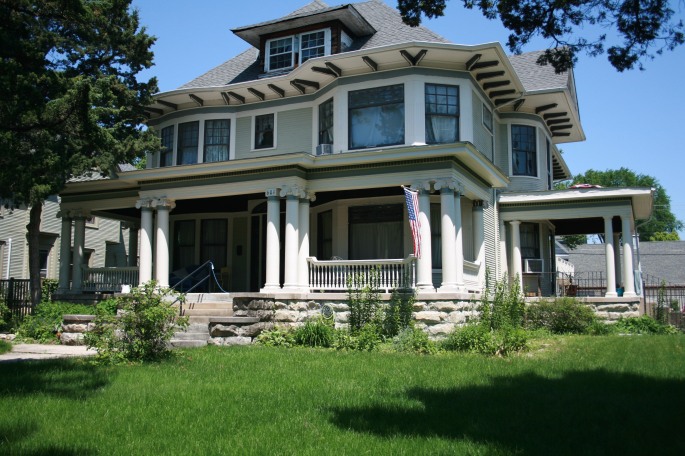 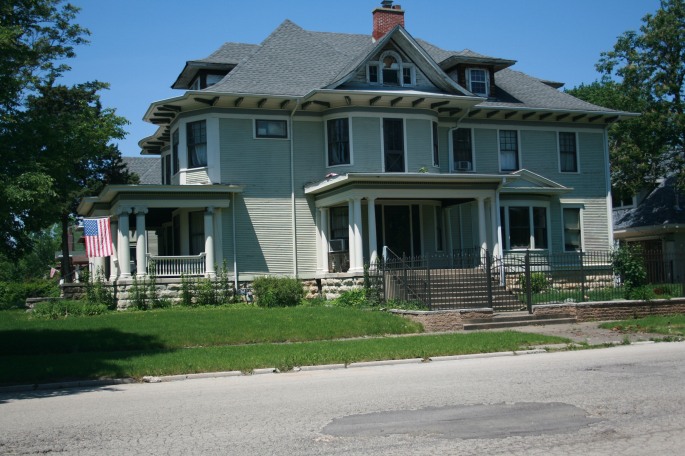 The H.T. Stevens home is a 2 ½ story stucco Prairie style house built in 1910. The main façade is dominated by a large porch supported by stucco piers with Prairie style motifs at the top of the piers. Large fixed windows flank the central door.

The second story has paired one-over-one double hung sash windows at each end and a small central fixed pane window. The house is topped by a red tile roof with a central dormer with a Palladian window. 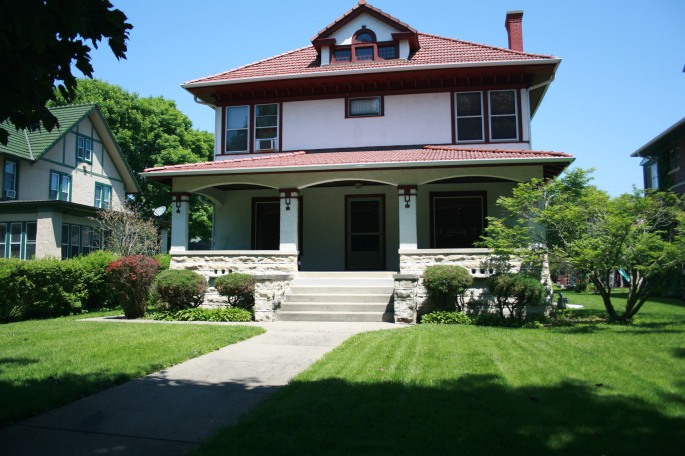 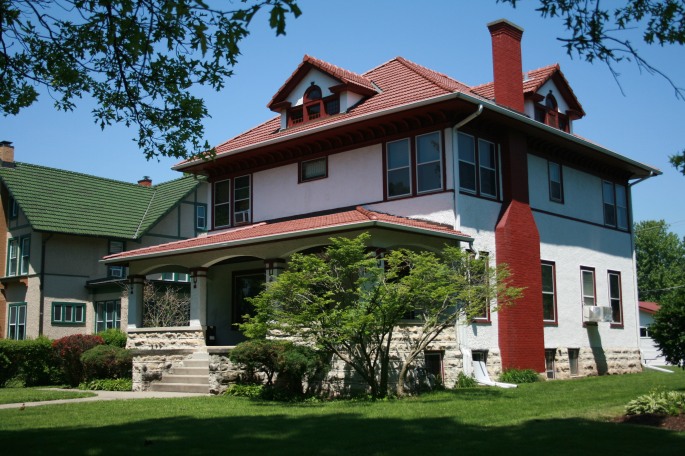 The Guy Meaker home is a 2 ½ stucco Tudor Revival built in 1911. The main façade has paired nine-over-one double hung sash windows flanking a central chimney on the first and second floors. The chimney is flanked by two fixed pane windows on the attic level.

A small porch extends off the west side of the house with a single door entry. A sun room extends from the east side, topped by an open air porch on the second story. The house is topped by a green tile end gable roof. 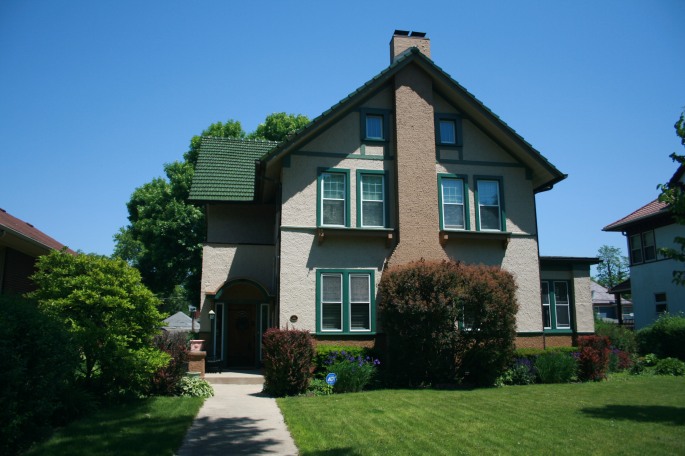 The Charles Wallace home is a 2 ½ story brick Prairie style house built in 1907. The front has a large porch supported by brick piers. The house is articulated by one-over-one double hung sash windows and is topped by a hip roof with a pair of hip dormers on the front slope. 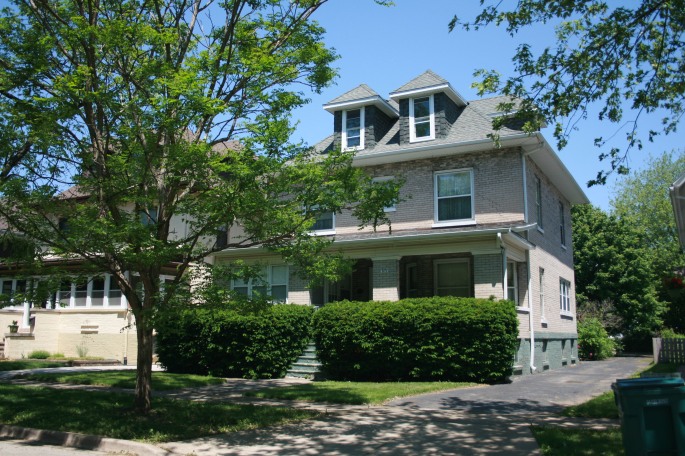 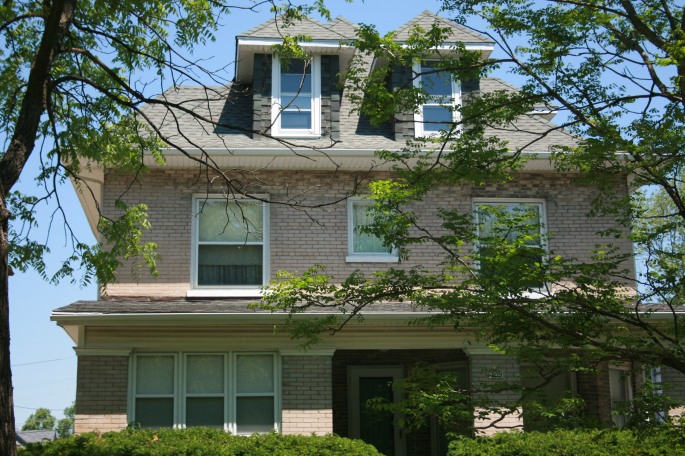 The Elizabeth Wallace home is a 2 ½ story brick Prairie style house built in 1907. The front is dominated by an enclosed porch. The house has one-over-one double hung sash windows and is topped by a hip roof with a pair of hip dormers on the front slope. 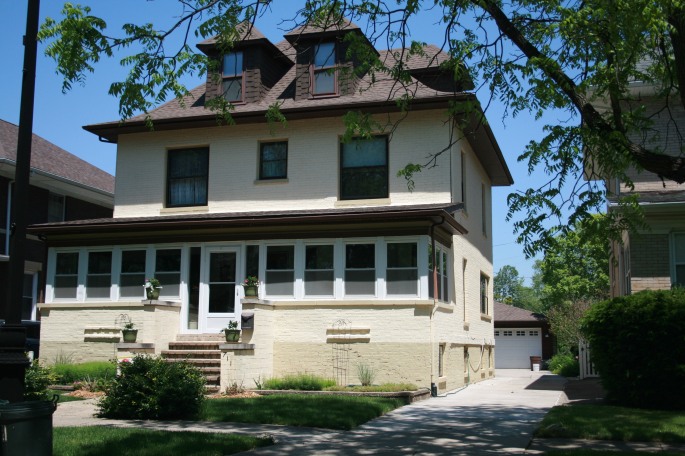 The Cathedral Area Preservation Association (CAPA) of Joliet, Illinois is a not-for-profit neighborhood organization.  We are committed to…